I think I’m finally on the aft-end of recovering from that severe sinus infection– and I must say, I’ve never been so grateful for my newly-regained abilities to read text, to breathe clearly, and to smell!! Also, I’m glad the excruciating headaches/pressure is gone, of course~

But now I’m back, and with many reviews upcoming. For now, though, I’d like to give a shot at writing a HAUL post, given that I received my first ever order from amazon.jp a couple of days ago.

I have to say, I knew you could order globally from Japan’s version of Amazon before, but I had no idea that it would be as easy as it was?? First of all, you can change your website interface/layout setting to be in dual English/Japanese– which won’t translate the names or descriptions of products for you as they were input by the seller (if you’re like me, you can probably tell what you’re looking for by the image and reading some of the text, though, anyways), but it helps a heck of a lot in navigating the site!!

Second, a lot of the products (those which will ship to the USA) don’t even take 20 years to arrive like I thought they would– a reason I’d never ordered from there before (thinking I could wait just as long for the same thing and order from somewhere like ebay instead)– I placed the order for the items in this haul on 10/19, and received them 10/23– which was a pleasant surprise, I’d say.

Even though the shipping wasn’t cheap, I don’t think I paid as much as the usual, extreme DHL costs I do when I have to get things over quickly from China (which is like, a $50 minimum for the smallest parcel you can imagine). I’d honestly even consider getting a Japanese Prime account, considering it’s less than $40 a year.

Anyways, onto the products!

Here’s a family photo, not including the cheap+adorable tapestry and wood hanging rods I bought to hang on my wall that also came in the order with them [oh, now I need to include a pic of that too, it’s too cute not to:]

I’ve tried all of the products at least one, which means that it’s time for some individual photos + MINI-REVIEWS~! Follow the cut if you’re feeling curious– I’ll also be sharing some major news related to my own skincare journey at the end~ 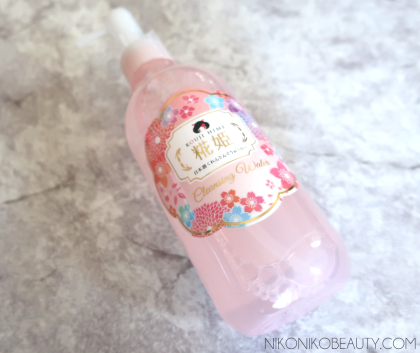 I’ve been looking for a gentle cleanser (most likely leaning toward a cleansing water) for mornings when I’ve sweat a lot in my sleep, just to swipe a bit on my face and clean up a little. I’ve seen the original Koujihime face pack before, and that they seem to be expanding the line– and to be honest, their packaging/graphic design is absolutely killer imo, so I finally gave into one of the Koujihime products, I suppose.

This cleansing water smells like cherries, and doesn’t irritate my (currently acne-ridden) skin at all. It came in handy this morning when I tried on a liquid lipstick, and wanted to get it off in a quick second– I simply wet a Muji cotton square with some, and rubbed it against my lips a bit. Worked like a charm, so I suspect this removes full-face makeup at least decently, as well~ 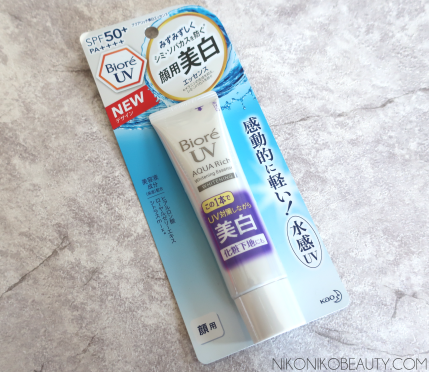 I’ve been using this as my primary face sunscreen for well over a year now, having switched from Biore Perfect Face Milk when I was trying a new moisturizer that just didn’t agree with that sunscreen. Even though I don’t even use that moisturizer anymore, I find this sunscreen more moisturizing and easy to apply than the perfect face milk, with ingredients that– whether they work or not, I suppose– sound more satisfying and effective?

This is one of those products though where I’ve never actually completely emptied one tube of it– because I switch ‘purses’ (which I say in quotes because I really use different kinds of backpacks) all the time, I have maybe two that are running quite low, one that’s mostly full, one in my drawer at home that’s mostly full, etc– but I feel like you can never have enough bottles of face sunscreen on hand, especially when Amazon.jp was selling it for less than $5. 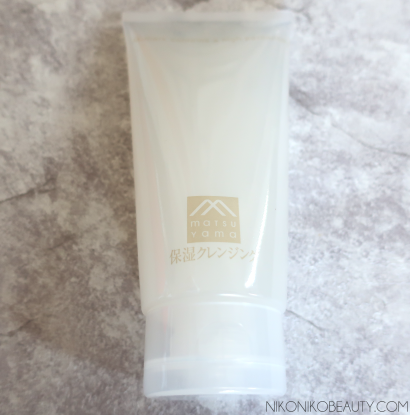 I’ve been meaning to try something from this brand for a long time, so I was really excited to get my hands on this cleanser. This product is unlike other cleansing gels that I’ve tried in that it doesn’t feel super slippery in my hands as I rub it in. Maybe I just didn’t put enough on my hands, who knows. But it felt ‘drier’ than most products I’ve used (Nursery UV/Make Cleansing Gel, Naturie Adlay Cleansing Gel, among others), almost like it was sinking into my face as the little dirt and grits rolled out amidst the rubbing.

I almost started to panic that it WAS absorbing, but sure enough, when I rinsed my skin, it emulsified into milky white water in my hands as I splashed my face. My skin felt very clean and soft when I got it all dried, too– pretty moisturized, which is mentioned somewhere in the product’s original Japanese name, but I usually see it mentioned in English simply as ‘Matsuyama Cleansing Gel’, so I’m calling it that here on my blog as well just to follow suit. 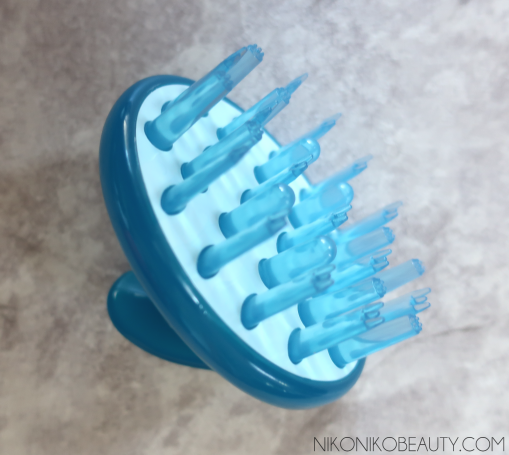 Let me start by saying, I don’t know if this product has an official English translated name, but that’s the best one I could come up with for it. I’ll follow that up by saying, if you haven’t tried one of these little Japanese ‘scalp/shampoo massage brushes’, you’ve been missing out. They feel sooooooo. Good.

There’s honestly not much I can think to say about this one, other than that it lathers up my shampoo and feels really nice on my scalp. Better than the one I was using before, though I don’t remember the brand name of that one (it was also from Japan, though, ofc). Love it!

So, in other major news, no combination of doxycycline and/or high-strength topical tretinoin seems to be making any difference in my sudden-onset, serious acne, so my derm is bringing out the big guns:

My older brother took accutane (back when it was actually still literally called ‘Accutane’) as a teenager, and it was a miracle cure for his severe acne, so I sort of know what to expect– skin and lips so dry they bleed constantly, etc– and I’m definitely not looking forward to that, or the ridiculous hoops they make people with vaginas jump through to assure they won’t get pregnant (and sue the drug company over the severe birth defects caused)– but I’m excited for the long-term outlook on this. I suppose from now on, there will be some ‘accutane journey’ blogging, as well~

Wish me luck as I start next month, and I’ll keep everyone updated. As always, if you want a full, in depth and graded review of any of the above products, feel free to let me know! 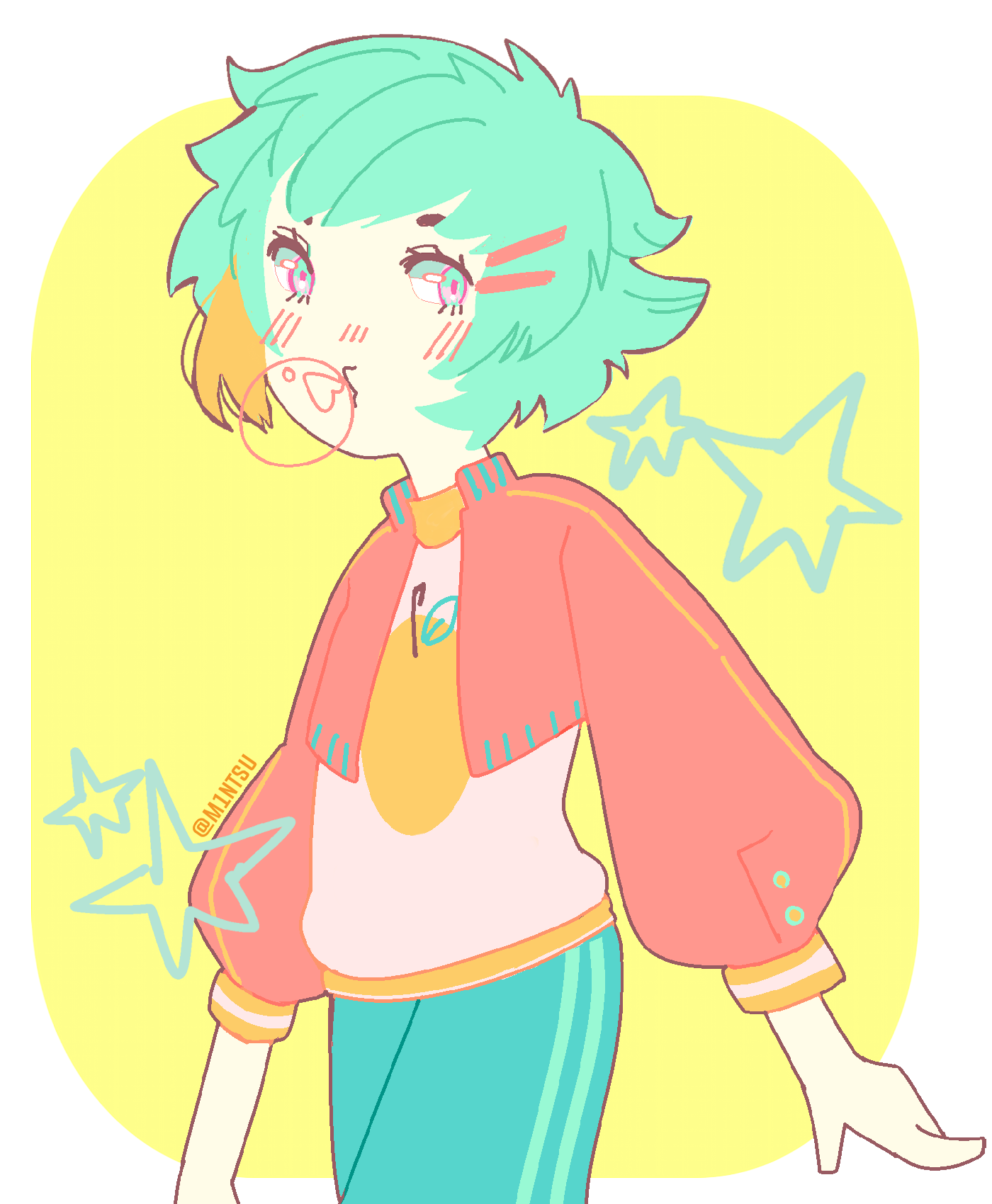 Niko | ‘nee-ko‘ | Eastern European
…also happens to be my name!